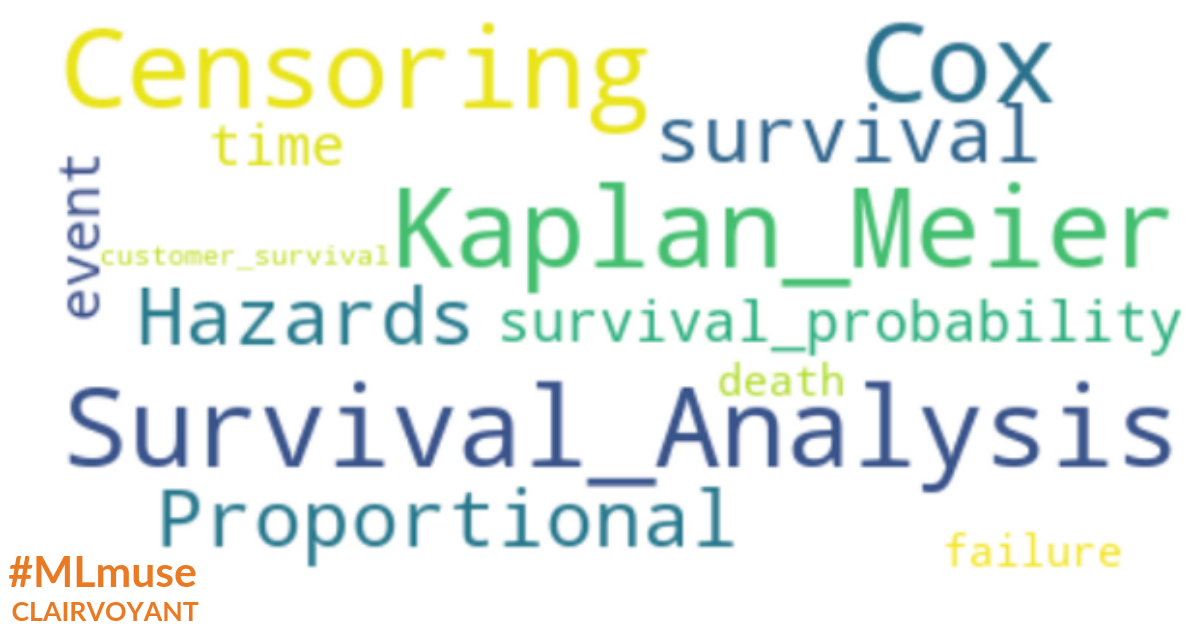 Cox Proportional Hazards (CPH) model is a commonly used semi-parametric model used for investigating the relationship between the survival time and one or more variables (includes categorical and quantitative predictors).

Before getting there, let’s define a few keywords that we shall be using-

CPH model is expressed by the hazard function, h(t) and an estimate for h(t) is given as:

A use case on customer churn data (as in the earlier article): 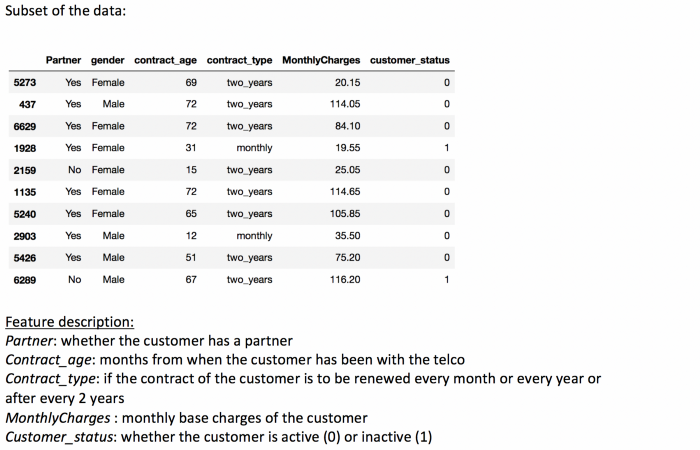 CPH model throws an error when multi collinear predictors are present in the data set. So, the categorical features should be encoded, and multi-collinearity needs to be fixed before fitting the Cox model on any dataset.

Let’s look at the summary of the CPH model: 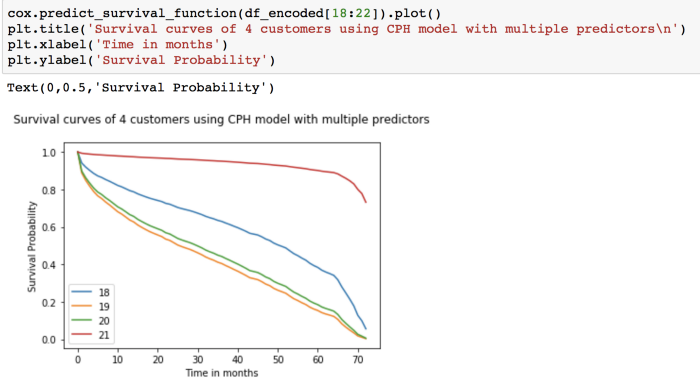 Let’s look at these customers’ details:

From the plot of the survival curves and based on our earlier summary analysis, Customer- 21 is predicted to have a higher and longer survival probability than the other 3 customers as Partner_Yesand contract_type_yearly is true.

Though there are many more key statistical concepts that go into survival analysis, these blogs on survival analysis were mainly intended to highlight the importance and intuition behind survival analysis during the process of data exploration. To get the best artificial intelligence solutions for your business, reach out to us at Clairvoyant.