Survival Analysis is a branch of statistics that helps modeling the time that might take for a particular event to occur¹. Hence, it is often called ‘time-to-event’ analysis. This was majorly used in medical and biological disciplines to study the survival times of patients suffering from major diseases like cancer, organ failure, etc. Gradually, its usage picked up in other fields like economics, machine maintenance, marketing, insurance, etc. Survival curves has always played a key role in Actuarial Sciences to outline the incidence of the demise of a person at different ages given certain health conditions. Based on the probabilities of survival of policyholders, actuaries fix an appropriate insurance premium. 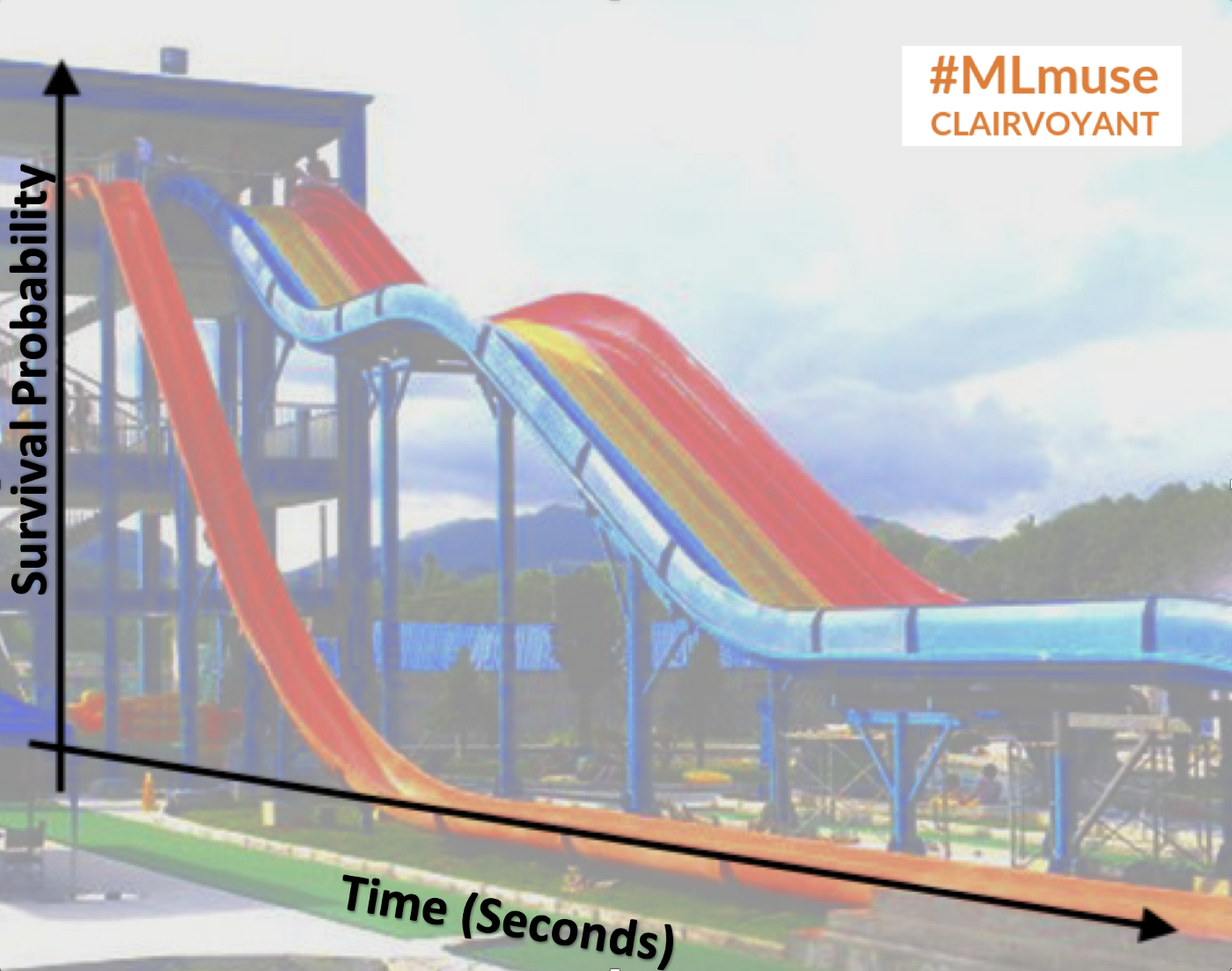 The following terms are commonly used in survival analysis:

· Time line: The time from the beginning of an observation period to its end (like from the time a customer signs the contract till churn or end of the study)

· Time of event Occurrence (T): Random time at which the event may occur

· Censoring / Censored observations²: Subjects who haven’t encountered an event during the observation time are described as censored. A censored subject may or may not have an event after the end of observation time. An example is a customer who hasn’t yet churned at the time of the study. Such observations are said to be right-censored

· Survival function, S(t): It is the probability that a subject survives longer than a certain time ‘t’ which means,

When and where to use?

Survival analysis can be applied,

- Presence of censored events: It is common in most cases to have subjects who did not experience an event by the end of a study

- What can be the expected lifetime of patients who have undergone a heart transplant?

- How long it might take for a customer to churn

- After how many days might a patient get readmitted after a major medical procedure?

o How long can we expect a user to be on a website?

and many more situations.

Why not logistic/ linear regression models?

Outcomes of a problem come in varied statistical forms:

In real scenarios, we do not usually have the actual survival function of a population. Hence, survival function is usually estimated from the observed data using Kaplan-Meier (KM) curve with time (duration of an observation- least to the last) on its x-axis and the probability of survival or proportion of subjects surviving on the y-axis. A vertical drop in the curve denotes the occurrence of the event.

KM estimator(or product limit estimator) is a non-parametric statistic named after Edward L. Kaplan and Paul Meier, used to estimate the survival function at time t, given by:

Let’s consider a subset of customer churn data of a Malaysian telecom operator: 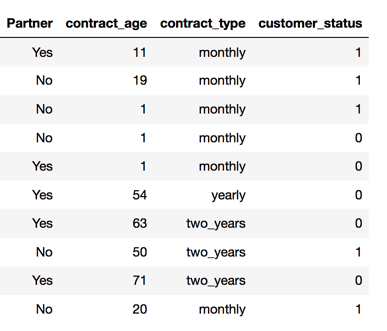 At any given time, predicting how long the customer will stay active (i.e not churn) will be more informative than just predicting whether or not a customer will churn at a given time. For this data, customer_status = 0 is not_churn, 1 is churn.

Event → ‘Customer_status = 1’ which means the customer is inactive, which in turn means that the customer churn occurred

Censor → At the time (t), if customer_status = 0 implies that ‘Churn’ has not been observed for those customers (as non-occurrence of an event is called censored)

So now, knowing a survival curve completely defines the population’s distribution of lifetimes, like what could be the maximum time until a customer can stay active 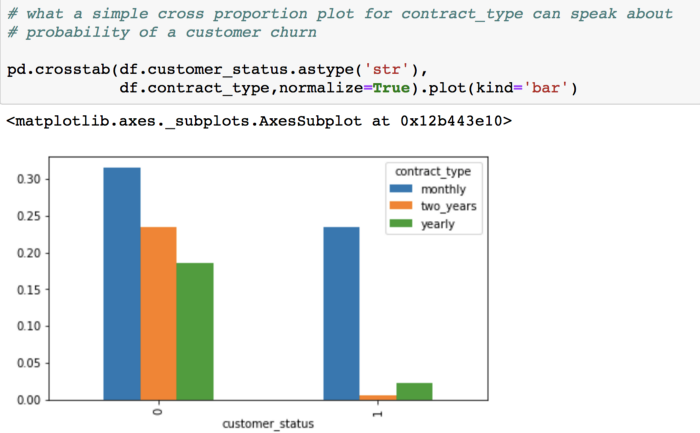 This proportion plot can tell us that the maximum proportion of ‘Churns’ are among the customers whose contract_type = monthly. 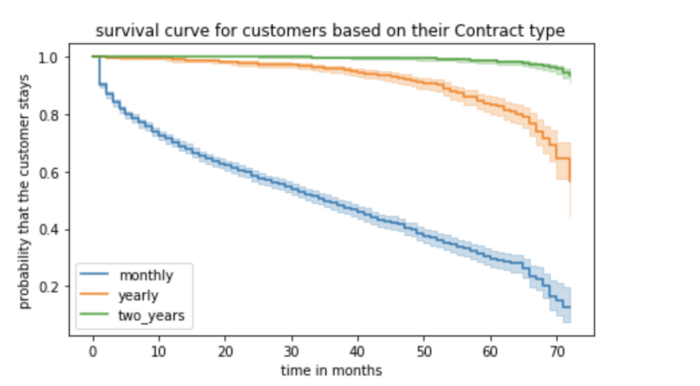 These are the survival curves for customers based on the predictor, ‘contract_type’. As we can notice:

- The probability of survival is the highest among customers whose contract period is two years. We can say with more than 98% probability that these customers will stay active (not churn) even after 50 months

- For yearly contract customers, the probability of survival starts dropping after 50 months (after 4 years). It indicates a need to introduce some customer retention interventions to prevent their churn

-For monthly contract customers, there’s a significant drop immediately after a couple of months

Survival curves can be very informative compared to a proportion plot. KM curves can also be used for comparison like the one above shows a significant difference in survival probabilities of customers of different contract types. KM estimates are best suited when a predictor variable is categorical (like contract_type).

In the next article, we will be using Cox’s proportional hazard regression methods for a continuous predictor and for investigating the effect of several variables upon time to event. We will also see how survival curves can be used to predict a new customer’s lifeline. Also check out our blog "Cox Proportional Hazards Model for Survival Analysis: #MLmuse", here. To get the best artificial intelligence solutions for your business, reach out to us at Clairvoyant.