What is fingerprint recognition?

The dataset contains the following files:

In blurring an image, we make the color transition from one side of an edge to another side in the image. This is done to average out rapid changes in pixel intensity. It is an example of applying a low-pass filter to an image. There are many types of blurring available, but for this blog, we used Median Blur and Gaussian Blur techniques.

The result of Gaussian blur on the thumb gives us a result something like this:

The Median blur operation is similar to the other averaging methods. Here, the central element of the image is replaced by the median of all the pixels in the kernel area. This operation processes the edges while removing the noise.

For further information, please refer to this link.

Thresholding comes under the class of image segmentation, in which we change the pixels of an image to make the image easier to analyze. In thresholding, we convert an image from color or grayscale into a binary image. Most frequently, we use thresholding as a way to select areas of interest in an image while ignoring the parts we are not concerned with.

In Otsu Thresholding, a value of the threshold isn’t chosen but is determined automatically. Usually, this technique produces the appropriate results for bimodal images.

Edge detection is an image-processing technique used to identify the boundaries (edges) of objects or regions within an image. Edges are considered the most important features associated with images. We come to know of the underlying structure of an image through its edges. Computer vision processing pipelines, therefore, extensively use edge detection in applications. In this article, we will be using three methods for edge detection. They are as under:

This method is commonly used to detect the horizontal and vertical edges in images. The following are the Prewitt edge detection filters:

It is used in image processing and computer vision techniques, particularly within edge detection algorithms where it creates an image emphasizing edges.

The Sobel–Feldman operator is based on convolving the image with a small, separable, and integer valued filter in the horizontal and vertical directions and is therefore relatively inexpensive in terms of computations.

This uses a filter that gives more emphasis to the center of the filter. It is one of the most used edge detectors and helps reduce noise and provides differentiating, giving edge response simultaneously. The following are the filters used in this method-

The idea behind the Roberts cross operator is to approximate the gradient of an image through discrete differentiation, which is achieved by computing the sum of the squares of the differences between diagonally adjacent pixels. It uses the following 2 x 2 kernels or masks:

Following are the results of edge detection done on random three fingerprints: 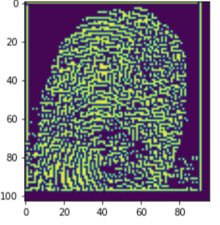 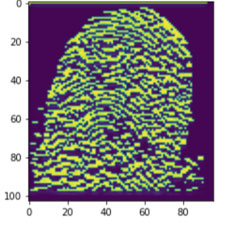 There are a large number of approaches for fingerprint matching. But broadly, they are classified into three families:

Minutiae Based Matching is the most popular and widely used technique, being the basis of the fingerprint comparison made by fingerprint examiners. Minutiae are extracted from the two fingerprints and stored as sets of points in the two-dimensional plane. Minutiae-based matching essentially consists of finding the alignment between the template and the input minutiae sets that results in the maximum number of minutiae pairings. 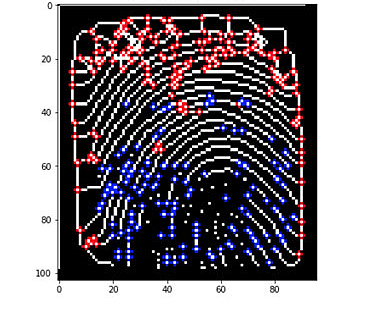 Now, we are going to create a convolutional neural network (CNN) model that can predict the gender of a fingerprint.

We are going to create two datasets, SubjectID datasets, and fingerNum datasets. These datasets will be used to train two different models in the next steps. 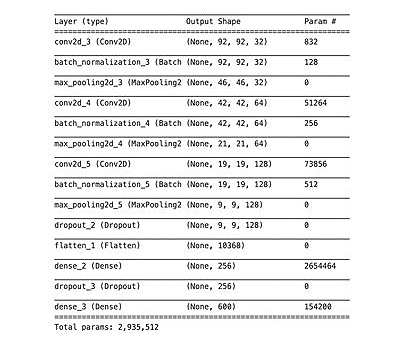 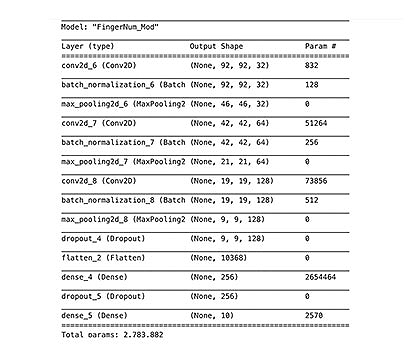 Now we can see the accuracy of the model:

The above plot visualizes the training process with accuracy Id and Finger Recognition. We see that the curve for both training accuracy and validation accuracy comes closer, and finally, we get an accuracy of around 98%.

After training our model, we want to test it on data it has never seen and how well it will perform. We will test our model on the real fingerprint images we have in our test variable.

Now we randomly pick a fingerprint from test data to predict both its Id and fingers name. When both the predictions are correct, then we can say this kernel works great with two models. 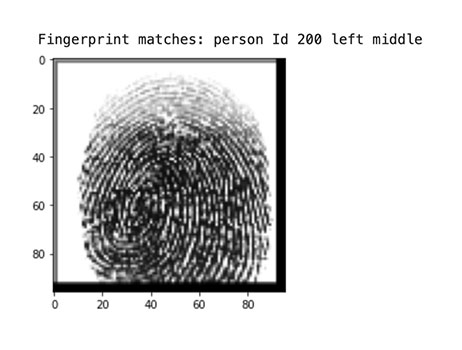 To conclude, we were able to build a simple CNN from scratch that predicts person id and finger number from fingerprint images. We extracted specific labels, converted images to arrays, pre-processed our dataset; we also set aside train data for our model to train on. Each model reaches around 98% accuracy, so eventually, the kernel can predict with great confidence!

The code can be seen through this link.

Clairvoyant creates simple and effective techniques and technology used in fingerprint recognition to train models and make them work from scratch in real-world applications. The true potential of any data is seen and used to continually unlock progress and advance human endeavors in all fields of business and the public sector.